The large chimney structures are a symbol of the brickwork industry in Bedfordshire and date back to the 1930s. Four of the 32 original chimneys remain on the site, standing up to 70m (230ft) tall. At its peak in 1936, Stewartby Brickworks produced 500 million bricks a year. The site was closed in 2008.

is one of the UK’s largest independent building and project consultancies.

Our client approached us in late 2018 for an initial discussion of their requirements. Following this a site visit was arranged to view the site, meet the project team, discuss approach and identify key risks. The site comprises of a number of chimney structures, large kiln structures and associated workshops, factory and manufacture areas along with office accommodation. Typically, due to the site age and that it has been derelict for over a decade there were concerns raised regarding integrity of some of the buildings. Our challenge was to produce a robust and comprehensive assessment of ACM risk on site whilst considering likely further occurrences within areas and structures that were deemed too unstable to allow access.

The initial phase of work was predominantly a desk top assessment, following site meetings and client engagement, and the subsequent development of a comprehensive method statement and risk assessment to facilitate safe working on the site with focus remaining on the desired output. The objectives and outputs of the assessment were fully reviewed to ensure the clients expectations of the outcome were fully met.

A number of as-built plans were available on site and it was identified that a subterranean exhaust system linking the chimneys to the kilns was present on this site. Initial inspection of the entrance points confirmed significant dilapidation along with complete water ingress and flooding of these systems. The as-built plans did not specify the inclusion of asbestos within their construction and this was supported by speaking with a number of previous maintenance employees that had worked within the tunnel areas. It was agreed that a caveat and managed risk would be applicable to this area.

Further to a review of the structural engineer’s report DSC were, as a precautionary measure, not permitted to use a Mobile Elevated Work Platforms inside any of the steel frame unit structures due to potential instability and the potential risk of collapse. Assessment of high level building material to these structure was to be made externally with extrapolation and referencing of findings used for the internal areas of the structures.

In line with our method statement and risk assessments specific RPE and PPE requirements were fully met. A team of two DSC P402 qualified surveyors with a combined experience in excess of 30 years conducted the site works. IPAF trained staff utilised a job specific MEWP to conduct a full inspection of the structure’s external elevations. Internal linings to the base of the chimneys were conducted with an endoscope.

Specific areas of internal unit space were surveyed with caution and marked, when relevant, as presumptions within our report to aid the client in clearly understanding overall asbestos risk; this approach was pre agreed with our client due to unique potential structural and safety concerns for this site.

DSC collected numerous and representative samples throughout the buildings under scope. Utilising DSC’s own electronic data capture and with annotated plans a full and comprehensive set of reports were produced. To aid clarity and use DSC generated a number of reports with one for each separate building or structure. As standard the reports contained an executive summary of the findings, narrative covering the pre-survey desktop review, a register of identified ACM, Presumed ACM and areas of no access, full photographic section of all ACM recorded on site, full site plans and the certificates of analysis.

Post survey and following report issue DSC attended site with the project team to review the reports and discuss the findings.

The legacy of the Stewartby site…….

DSC certainty felt privileged to work at such an iconic location and see a bygone age of manufacture. We look forward to hearing how the site may change in the future and hope that some legacy of these iconic structures will remain present at this site. 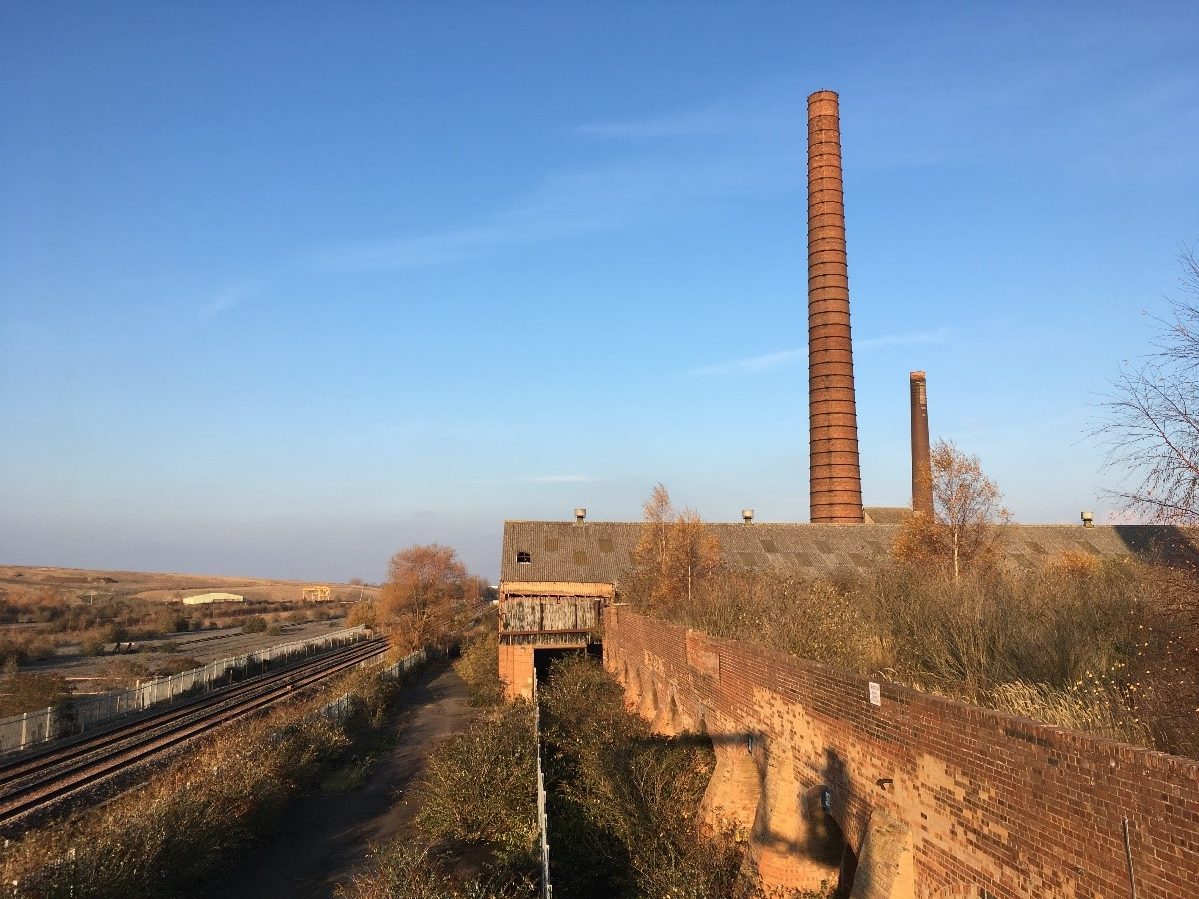 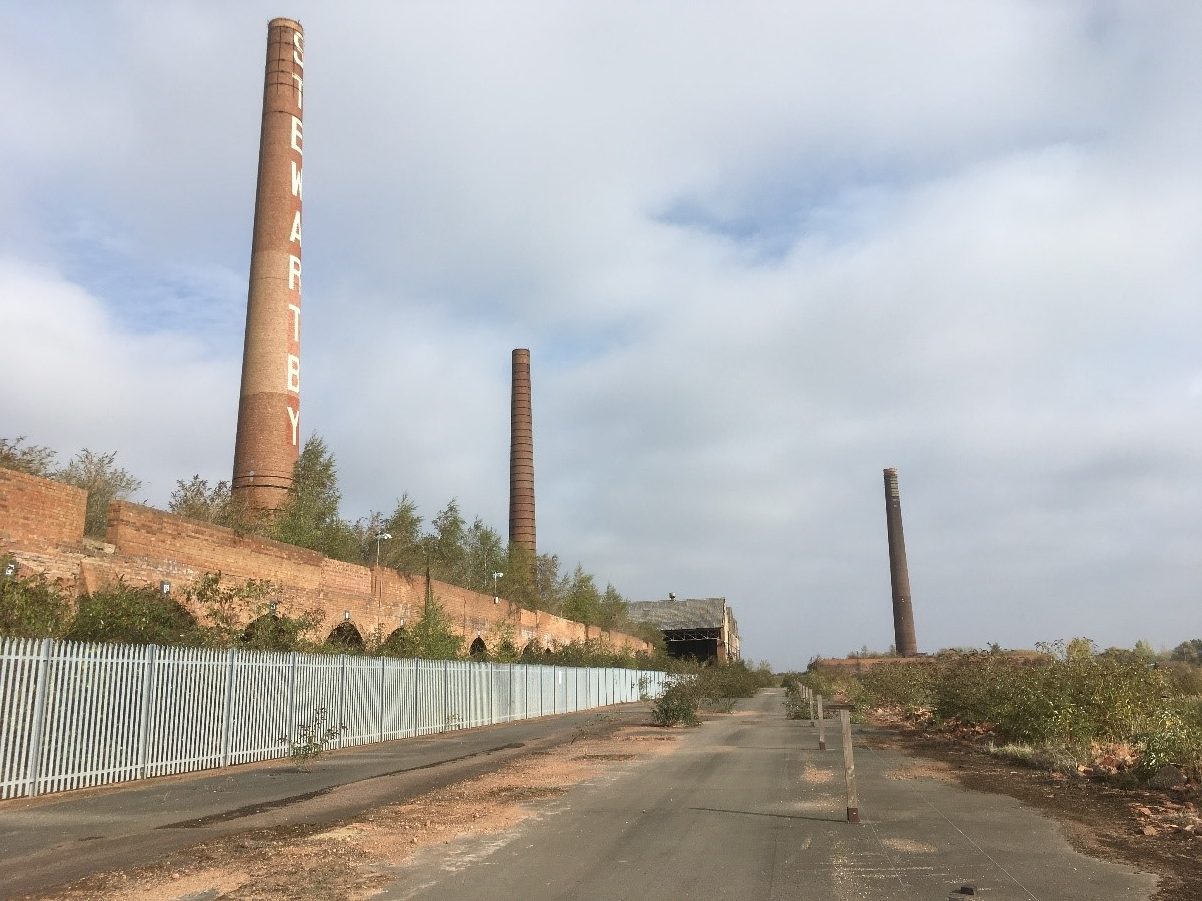 We are a specialised Occupational Hygiene and Asbestos Consultancy business. With over 35 years experience working within all fields of the asbestos industry – Surveying, analytical and consultancy at highly reputable UKAS accredited companies we offer a bespoke and quality approach to asbestos issues.